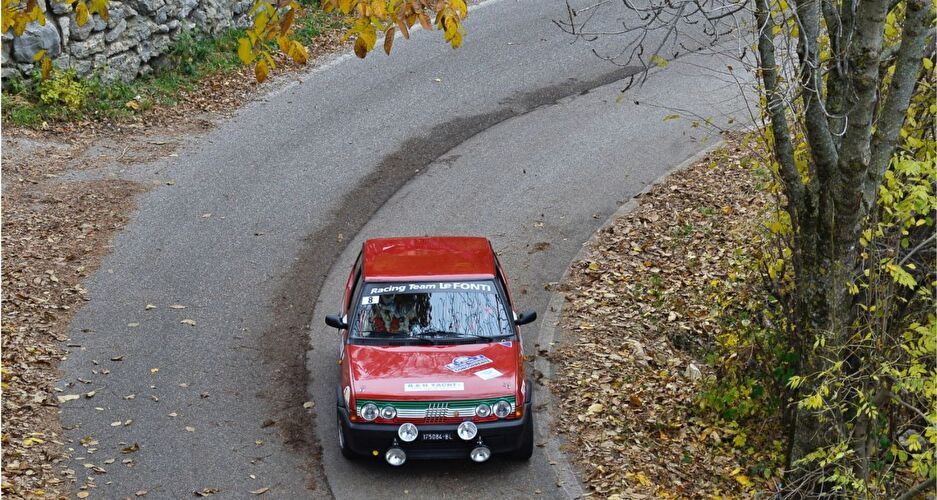 An edition that has returned to breathe the usual air of celebration of the Valpantena Revival Rally Club, with over 200 crews at the start. In a really intense challenge, as usual decided by very few penalties, Marco Bentivogli and Andrea Marani (Fiat Ritmo Abarth 130 TC/Racing Team Le Fonti) won by 9 penalties ahead of Andrea Giacoppo and Lisa Olivieri on Lancia Fulvia HF of Team Bassano, first in the 5th Division. Third place for Marco Maiolo and Maria Teresa Paracchini (Porsche 911 RSR/Rallyclub Team), winners in 2020, detached by 13 penalties and winners in 7th Division.

In the challenge between the crews from Verona, which awarded the Trofeo Buri dedicated to the friend Maurizio Todeschini, success for Alessandro Zanchi and Fabiano Gugole (Volkswagen Golf GTi/Scaligera Rallye) sixth overall at the end after a race certainly challenging. Nice success in the female category for Alessia Ceschi and Marta Menini on Opel Ascona 2.0 (Pro Energy Motorsport).

The Trophy of the 2021 edition was dedicated to the Fiat Ritmo Abarth, with particular attention to the Ritmo 75 Group 2. Great excitement for the participation of Alessandro Bettega and Nicola Vettoretti with the Ritmo Alitalia that dad Attilio drove at the 1979 Rallye Monte-Carlo, owned by Cafissi from Pistoia. Bettega finished the race with great satisfaction and on the arrival platform in Grezzana, in Piazza Ballini, he received a prestigious award with the Bertani logo for being there, an honour first and foremost for the Valpantena Rally Club.

Beautiful the embrace of friends, fans and great champions. "Lucky"-Battistolli and Luigi Cazzaro, with their Lancia Delta Integrale 16V did not want to miss and finished this edition with a thirty-sixth place overall, a prestigious result being used to pure speed and not to regularity. The President of the Automobile Club Verona Adriano Baso, returning to the Valpantena after four years of absence, enjoyed himself at the wheel of his Fiat 131 Abarth navigated by Gianluca Micheloni. Sounds of other times for the Lancia Stratos of Tony Fassina and Marco Verdelli, glorious interpreters of this car with which Tony won the 1979 Rallye Sanremo. Priceless smiles also those of Jacopo Biasion, son of art, competing with Marta Carello in an Opel Kadett GTE. It can be said that good blood doesn't lie.

Speaking of friendship, Friday's event was a splendid moment for two-time world champion Walter Röhrl. The German driver, in Italy for work commitments, could not miss a visit to Grezzana to greet the friends of Valpantena, promising that next year he will be back at the start as a competitor.

The race went off without a hitch despite the rain and fog, which in the final stages affected the challenge especially among the crews who started at the back of the starting list, i.e. the drivers who were actually playing for the final victory. Perhaps these very demanding conditions, even for the professionals, have written the history of this Revival Rally Club Valpantena. In spite of this the race ended after running all 8 special stages in the program.

A special prize was also awarded to Nicola Pizzolato and Marco Grande who excelled among the three Lancia Delta Safari entered in this edition. Pizzolato took home a set of MAK rims.

The event has recorded an important success that boosts the numbers of the Valpantena Revival Rally Club in terms of media coverage, both web and traditional. The social pages reached more than 65,000 people over the weekend, the live broadcasts of Epic Rally Tribe have totaled tens of thousands of views, the photo galleries on the website rallyclubvalpantena.it have soared visits to the site that have exceeded annual records, the word "Valpantena" on Google has recorded an exponential growth in the last week by doubling the result abundantly 2020, while the local newspapers, primarily L'Arena, have guaranteed repeated issues for all fans of the area.

"After the 2020 edition it was important to give a strong message, to show that we are here, that we are not stopping, that the passion is unchanged - commented the Organising Committee with Roberto "Bob" Brunelli, Sergio Brunelli, Gian Urbano Bellamoli and Paolo Saletti - The first big thank you goes to the municipal administrations with Grezzana as the leader and then Roverè Veronese and Cerro Veronese who hosted the trials. We cannot forget our partners Banca Valsabbina, Bellamoli Granulati, Bertani, AGSM AIM, Bendinelli, Villa Ca' Vendri, Just, F.lli Scala Marmi, Rext, Zero Timing, Digital Valpolicella, Ferrari BK and FRAC. A big thank you goes to the whole team, to the volunteers and to our staff working in Grezzana, at the Service Park on the SP6, on the special stages and at the tarmacs. Thanks to everyone, including the local newspapers, the many journalists and photographers accredited, Epic Rally Tribe for the live broadcasts. We already have many ideas for next year's 20th anniversary edition and we can't wait to realize them, together with all those who love the Valpantena Revival Rally Club".