A tribute dedicated to the iconic Abarth model, first and foremost the 75 Group 2, will be the special event within the 19th Valpantena Revival Rally Club. Alessandro Bettega will also be at the start with the car that his father Attilio drove in the 1979 Rallye Monte-Carlo. 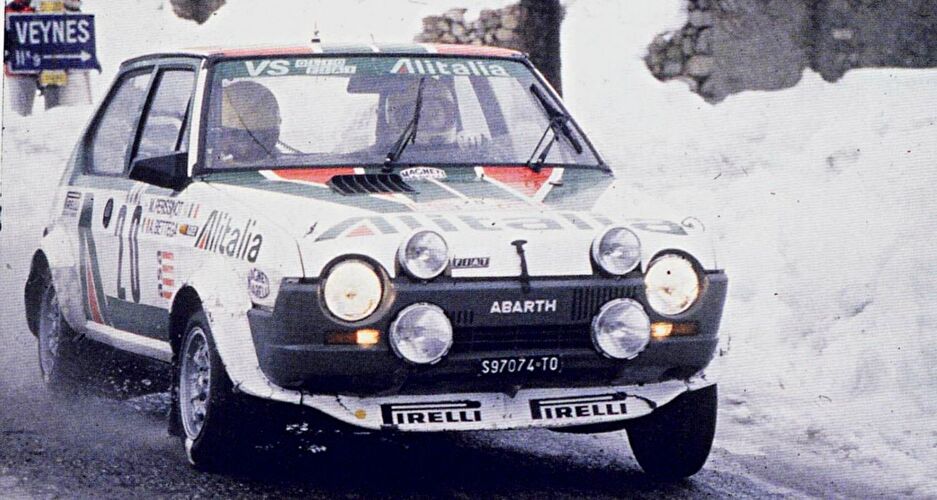 As every year, Rally Club Valpantena dedicates the dedicated Trophy within the Revival Rally Club Valpantena to a special model. For the 19th edition of the Regolarità Sport number 1 in Italy, scheduled on 12 and 13 November, the association wants to pay homage to the number one friend of the Club: Attilio Bettega. In fact, the Fiat Ritmo Abarth will be the protagonist of the 2021 edition, with a special thought to the great deeds that Attilio managed to accomplish with the immortal Ritmo 75 Group 2.

To celebrate this special Trophy, the car with which Bettega raced the 1979 Rallye Monte-Carlo will be at the start driven by his son Alessandro. A moment of great emotion for all the fans, who will be able to get back in touch with a real symbol of Italian rallying, now owned by the Pistoiese "Cafissi". With that Ritmo 75 Group 2 in the unmistakable Alitalia livery, a piece that definitely deserves a museum, Attilio took part in the 41st edition of the Monegasque race, unfortunately stopping due to engine failure. Only 12 months later, with the Fiat livery already present at the Valpantena, the driver from Trentino managed the feat of winning the Turini with a two-wheel drive front, an episode that perhaps more than others made him a legend in Italian and international rallying.

At the Revival Rally Club Valpantena 2021 the Ritmo 75 Group 2 in Alitalia livery will not be the only one, since the liveries "Quattro Rombi", "Olio Fiat", "Fiat" and others are also expected. Some will also remember the beautiful "Jaffa" livery that raced the Valpantena a few years ago.

Not only the Ritmo 75 Group 2 will be the protagonists of the dedicated Trophy, but also the Abarth 125 TC and 130 TC that are always numerous at Valpantena. All Ritmo cars, regardless of model and year of production, obviously built up to 1990 as provided for by the Sport Regularity regulations, will start with priority in the order of departure, i.e. in front of the other participants. For them also a race within a race, since the winner will take home a free entry to the Valpantena Revival Rally Club number 20, scheduled for 2022, while the second and third classified will choose to enter for free the 4th Lessinia Rally Historic or the 12th LessiniaSport scheduled for next year. All entries with Fiat Ritmo will also receive a special souvenir gadget.

All the information about the 19th Revival Rally Club Valpantena are available on our page dedicated to the event.