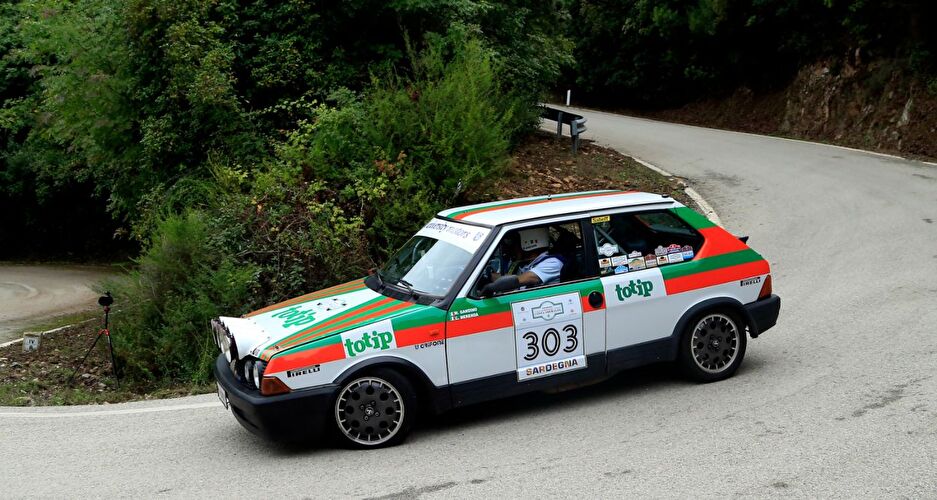 Gandino-Merenda will be racing in their Fiat Ritmo (Photo Bettiol)

For the two regularity races, sport and medium, of great interest are the choices made for the challenges around the rally.

There is a lot of ferment in the association "Amici di Nino" that, together with the Club della Ruggine, is perfecting the details for the seventh edition of "La Grande Corsa", that more and more reinforces its vocation of closing event of the sporting season and that, in order to facilitate the undecided of the last hour, has extended the deadline for the registrations to 24 hours of Monday 22 November.

For the "sport" event, the initiative to provide two measurements in each trial is commendable and, multiplied by the eight in the programme, will become sixteen, raising the bar considerably compared to other events. In addition, for both precision races, the route has undergone a reduction in the mileage to be read as an intention to give visibility to the crews of the sport and media that will conclude the "efforts" a couple of hours before the fellow rallyists thanks to the choice not to dispute the tests 9 and 10, gaining the arrival stage in advance as well as the full light of the media spotlight.

Both tests will be decisive: the sport test for the Trofeo Tre Regioni and the average test for the second edition of an Italian Championship that will give its verdict after 52 secret tests.

The programme foresees the delivery of the road book at Ristorante La Stazione in Chieri and the subsequent carrying out of the reconnaissance on Sunday 21 November, also granted on Thursday 25. Hosted in the spaces made available by the FRI.MED factory in Fontaneto, the scrutineering will be held from 11am to 7pm on Friday 26th.

At 7 a.m. of the following day - Saturday 27th November - the first crew of the historic rally will start and will face ten special stages: the first two, already run in the past, with three passages and other two, newly drawn up, to be run twice for a total of almost 80 kilometres out of a total of 314,14. Two regroupings and three service parks, with the arrival scheduled at 18.10 in the same location of the start; prize-giving on the arrival stage.

---> All info on dedicated page