The first round valid for the Italian Historic Car Regularity Championship is scheduled for 3-4 February, again between Verona and Bardolino. It is one of the Automobile Club Verona's fastest growing events and has become a reference throughout Italy. Registration starts on 2 January. 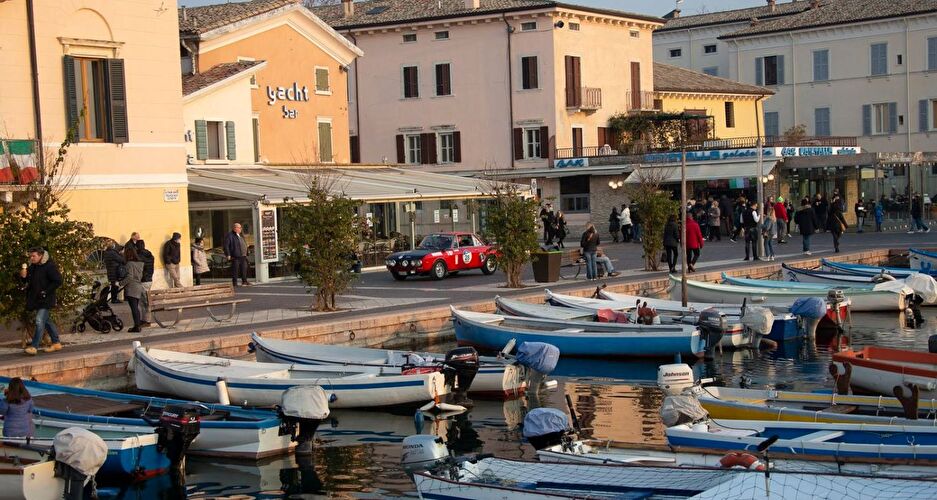 The Coppa Giulietta&Romeo is getting ready. The first round of the CIREAS Italian Historic Car Regularity Championship will also be the first event organised by the Automobile Club Verona in the centenary year and so, in some ways, it will obviously be a special edition that will go down in the annals of the Club.

The appointment is from 3 to 4 February with a base in Bardolino and a route through Lessinia, Verona and Baldo, and obviously Lake Garda. The event, dedicated to vintage cars, is a regularity race included in the most prestigious tricolour calendar of the speciality and will see the greatest experts in the sector compete against each other, as well as the many drivers from Verona who are members of A.C. Verona Historic and whose talent on the 'tubes' is recognised throughout the Boot.

The race programme will mirror that of the last edition, with scrutineering on Friday afternoon and action all concentrated on Saturday. The route will start and finish in Bardolino, presumably on the Lungolago Lenotti, and in its first part it will head towards Verona for a passage through the old town centre, where some unprecedented surveys could also be included. Everything is still under consideration by the organising group, which also includes ACI Verona Sport.

In addition to Verona, the "tour" should also include the Lessinia with some very evocative passages and some time surveys of particular value and technical level taken from the 2022 edition. Obviously, to return to Lake Garda, the Giulietta&Romeo Cup will also touch on the Monte Baldo area with its scenic suggestions that have always coincided with sport and cars in the province of Verona.

The 2023 edition will be the first to be held with a base in Bardolino and without the restrictions of the Covid. In fact, the event originated in 2019 with the first edition in Villafranca before moving to Lake Garda from 2020, the year in which the CIREAS title was recognised. The last three editions have been held with the restrictions due to the pandemic but despite this the event has been taken as an example in Italy confirming the excellent work done and this only adds to the value of the Coppa Giulietta&Romeo that has not stopped in the face of difficulties and has written a beautiful story of passion and classic cars to date.

"Last year we started with more than 100 participants," commented Automobile Club Verona President Adriano Baso, "and the Coppa Giulietta&Romeo received plaudits and compliments. We have worked on the same strategy also for 2023, as the programme was very effective and the walk in the historic centre of Verona together with the lake and mountain locations created a highly suggestive effect. Appointment therefore at the beginning of February'.