The Milanese driver in a Renault Alpine A110 won the average race, while Alberto Ferrara and Alessandro Libero won the sporting event. 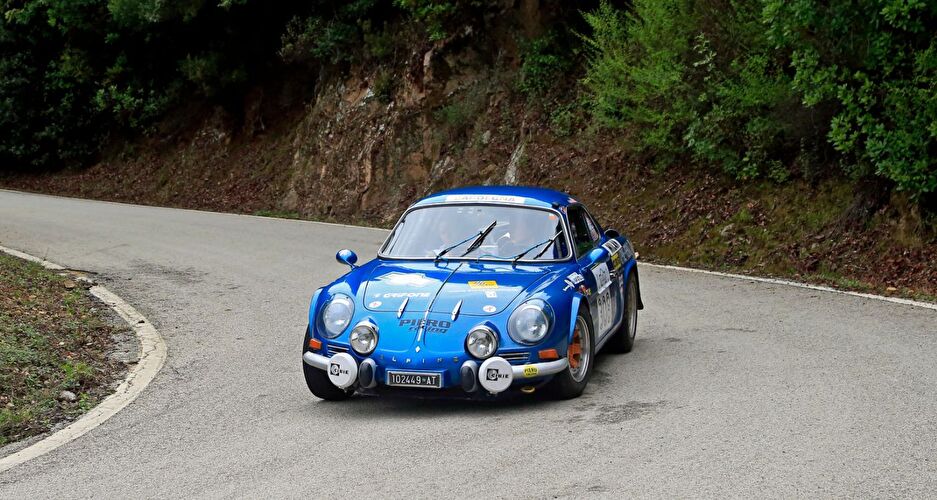 Fought and uncertain until the last stage, the two regularity races combined with the historic rally have completed the intense two days of competition that has animated the streets of Gallura with challenging special tests and precision very appreciated by all competitors, confirming the apt choices by the Automobile Club of Sassari who organized the event.
Valid as the penultimate round of the Italian Championship, the regularity race saw the start of twelve crews among which, in addition to the familiar faces of the discipline, the rare and special 1961 Saab 96, driven by the crew of Michael Pavlik and Monica Di Lenardo from the Czech Republic, aroused great admiration.
Sixty-four secret detections scattered in the eight precision tests, with a first stage that has immediately outlined the script of the race with the head to head between the Renault Alpine A110 of Alexia Giugni and the Fiat Ritmo 130 TC of Marco Gandino, with the Audi 80 of Maurizio Vellano and the Porsche 911 of Maurizio Gandolfo to threaten the top positions. The first stage ends with the crew of the Ritmo in Totip livery in the lead with 12 points of difference on the French coupé.
The challenge continues in the second stage with a classification at one round from the end that sees the trio Gandino, Giugni and Vellano in the order and in the space of only three penalties; an excellent last test by the "pink" crew overturns the classification and sanctions the overtaking on the wool thread and the victory with 12 points difference on Gandino and Merenda and 20 on Vellano and Molina that complete the absolute podium.

The regularity sport event was also very intense, with nineteen crews at the start, which set off an exciting challenge right from the first stage. The first day of the race saw the Fiat 500 Abarth of Carmelo Cappello paired with the acclaimed local navigator Francesco Cozzula, take the lead and finish with 86 penalties, preceding a trio enclosed in a single point and formed by the Fiat 124 Spider of Roberto Rossetto and Valter Libero, second equal with Alberto Ferrara and Alessandro Libero on Opel Kadett GT/e and the Lancia Delta of Massimo Becchia and Brisen Xhakoni, fourth, just one point away.
In the second stage, the acclaimed duo of the small Fiat continued to hold the lead, but Ferrara went on the attack and took the lead in the next stage, by only two lengths. It will be the second passage on the "Calangianus" to give the verdict: both crews pass the pressure switch with an error of only one hundredth of a second, that does not change the classification and confirms the victory for the crew from Padova of the Club 91 Squadra Corse that also wins the Teams' classification. To complete the podium the Fiat 131 Racing of Arturo Barbotto and Roberta Giachino. Translated with www.DeepL.com/Translator (free version)